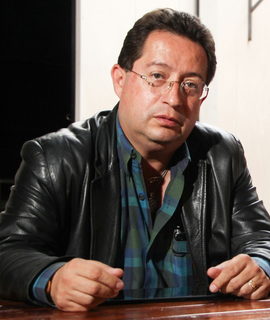 Actuary graduated from the National Autonomous University of Mexico, titled with honors with a thesis entitled "The current account and Hot Money in Mexico".

RUBEDO7 founder - an initiation school in the branches of astrology, Kabbalah and Alchemy